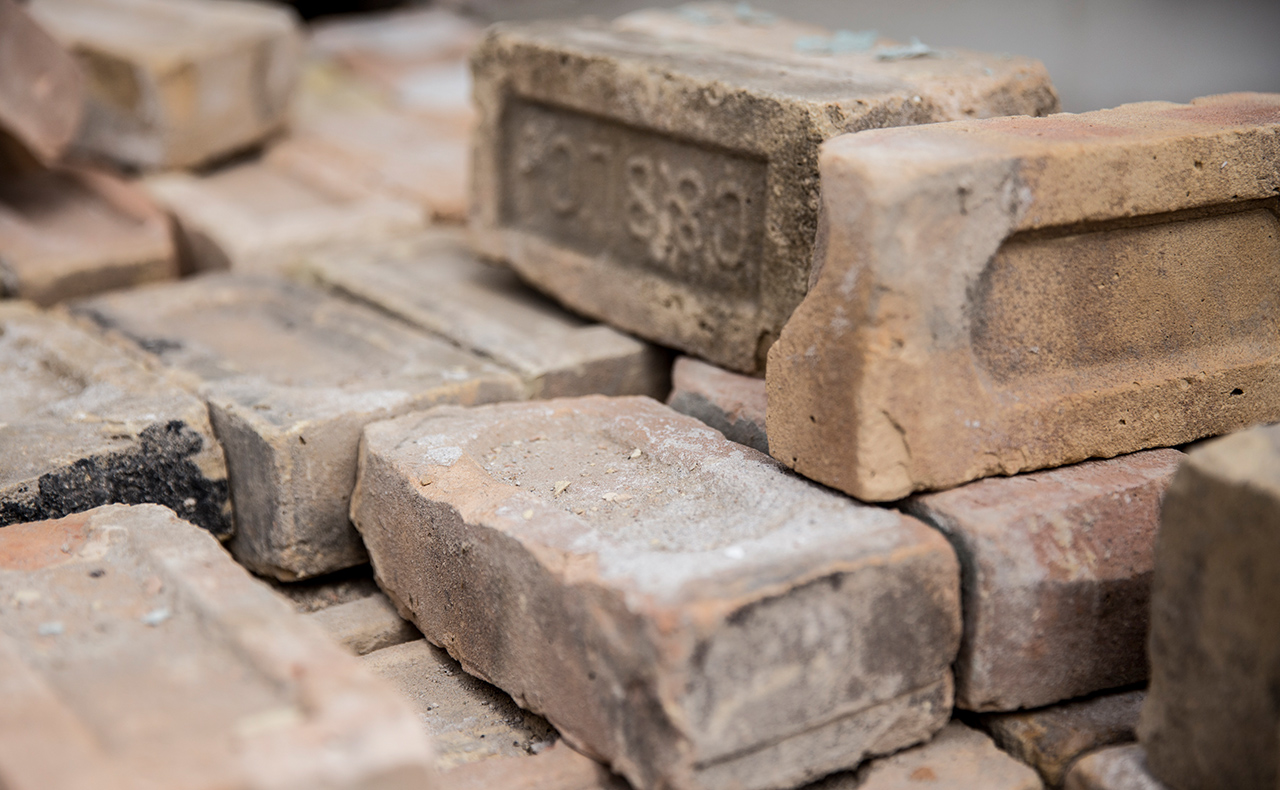 Old Chicago Common Brick, along with reclaimed brick from other major Midwest cities is the most popular single type of brick in use today. Common bricks are manufactured from natural clay deposits quarried in the areas closest to the various brick manufacturing plants. For commercial or residential use, indoors or outside.

All of the color ranges result naturally and will hold true over time – something that sets our vintage commons apart from newly manufactured facing brick.
Please call 872-444-5440 or click below to email us. 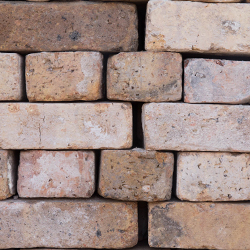 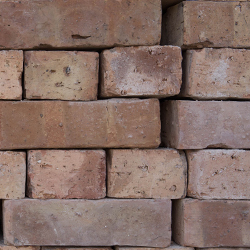 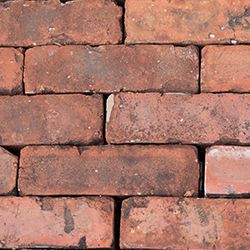 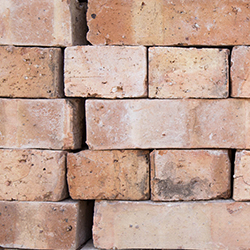 Chicago Common Brick became one of the most used materials in Chicago construction after The Great Chicago Fire in 1871. Sourced from a bluish clay deposited along Lake Michigan from the last of Illinois glaciers, Chicago Commons are easily distinguishable. These bricks are known for the different color variations created when they are fired. Bricks were fired in a kiln for 60 hours at over 1500 degrees and because of the blue clay used, the results were unpredictable. Chicago Commons range in color from buff yellow, salmon, to a classic deep red.

At first, Chicago Commons were cheap and abundant bricks that were incorporated into many Chicago buildings. At the time, these bricks were not prized as they are currently. Buildings would be constructed so that street facing sides wouldn’t be made from Chicago Commons. They were primarily used for the sides and backs of buildings because of their low cost. Today, Chicago Commons are seen differently. Chicago Commons have become increasingly hard to find because production of this brick was ceased in 1981 and many of the buildings that use it have been demolished. Reclaimed Chicago Commons have a distinct feel to them that can be attributed to the weathering and imperfections the brick has accumulated throughout its existence. This gives whatever building they are applied to character and charm that cannot be replicated with newly manufactured brick.

We typically sell our Chicago common brick in quantities of 1,000 or more and ship truckloads and boxcar loads, which helps us offer you the best available pricing. Samples are available upon request. Lesser quantities are also available. Please call 872-444-5440 or email us.