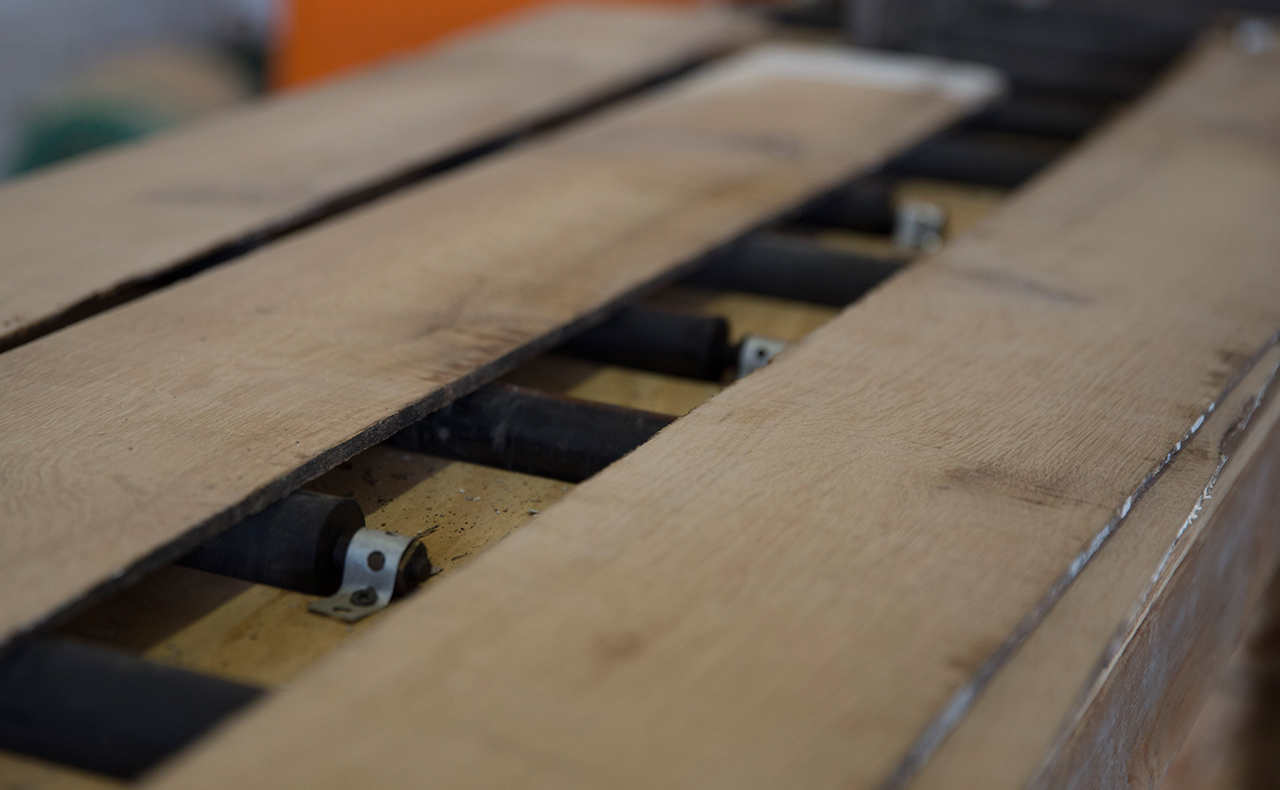 Our Urban Wood is salvaged from vintage industrial buildings throughout the Chicagoland area. Prior to the demolition of a building, we rescue any and all desirable lumber. Our timbers have held up some of the Midwest's most historic properties. You're sure to find something special to fit the needs of your or your client's projects. Our reclaimed timber is sold either "as is" or prepared to your specifications. We offer custom woodwork by European craftsman that create beautiful furniture, desks, bars, cabinets, doors and tables daily. We will kiln dry each piece and mill it to your specifications. Please reach out to us for an order request or a custom quote. Call us at 872-444-5440 or email us for a custom quote.

Our Southern Yellow Heart Pine was reclaimed from the framing of commercial buildings built prior to 1920. Back then, the pine was used as structural support beams. Oddly enough, massive amounts of timber from the Southeastern U.S. was used in these buildings. A product of their natural environment, the pine trees grew close to one another.  As a result, the trees competed for natural resources, and so grew quite slowly. Thus, the pine’s dense, durable nature. We have beams in inventory with 200 rings on a 14” square center cut beam. So, you won’t find those specs anywhere else.

We reclaimed our largest Southern Pine beams from two Chicago-based buildings. The first was the former St. James Catholic Church at 29th and Wabash. Next, we reclaimed timber from the former Pullman Couch Company complex where a third of the structures were destroyed by the “Chicago Ice Fire” of 2013. From the latter, we reclaimed a series of burnt beams. Due to the unique nature of the fire, the look and feel of the beams is unlike anything in the rest of our inventory.

We were fortunate to have an opportunity to buy the meticulously reclaimed barn and fencing wood from Winstar Farms in Versailles, Kentucky.  This prestigious thoroughbred farm has produced Kentucky Derby and Preakness winners, alike.  This oak is primarily 1”x6”x7’ long in plank form.  The colors range from a painted black, weathered gray to a painted white.  The exposure to the elements has given the timber an interesting and beautiful grain pattern.

We deconstructed two massive factories in Chicago where we found maple flooring from the Upper Peninsula of Michigan.  Most flooring these days is 5/8’ thick, but this reclaimed maple is 1 ¼” x 2 ½”.  Our virgin maple was harvested in the late 1800s, adding to the timber’s already rich history. The maple is cured, hardened and beautiful, something you won’t find on the shelves of department stores. Most of the pieces are curly maple, birds eye maple or pecky maple. It can be reused as flooring or wall cladding thin wood, available in different finishes. Plus, this reclaimed maple is super durable and will last another 200 years.

400 years old, virgin U.S. hardwood has been growing since the settlers came to the U.S. It was the framing and structure for buildings from 1870-1920. Great for flooring, cabinetry and wall cladding.

Old growth, exotic Brazilian hardwoods Angelim Vermelho, Azobe and Mahogany have unmatched durability, high density and unparalleled beauty. Acquiring this wood was one of our craziest endeavors. So, like so many of our other pieces, when you buy our Brazilian Mahogany, you’re buying a story. Our reclaimed, certified, Brazilian Mahogany is 600 years old.

Available in 1/12″ thick in varying widths and lengths.